How do I open the preview panel?

If a file supports previews (ex: ‘markdown’), you can open it a number of ways:

This depends however on what you include as dependencies/extensions in your application. 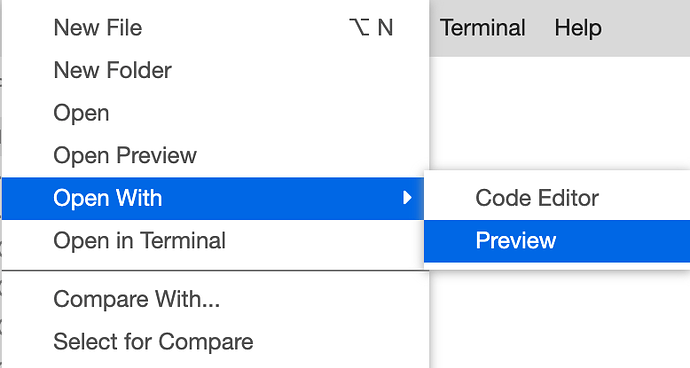 Though it never loads the preview for me. It is always a white screen. Is there a way to fix this?

@xenfo can you share what you’re attempting to preview, perhaps a screenshot?

@vince-fugnitto sure but it is not just one thing. Even stuff like google won’t load.

I believe the use-case you’re trying to achieve might not work due to security reasons.
Please see the relevant discussions here: https://github.com/eclipse-theia/theia/issues/3169

There is also an error reported which might be useful to you:
“Refused to display ‘https://www.google.com/’ in a frame because it set ‘X-Frame-Options’ to ‘sameorigin’.”

@vince-fugnitto It says it should work now. Any idea why it wouldn’t?

I think based on the error message it is due to increased security, the comment on the issue was likely written before security updates. If I’m mistaken perhaps others can chime in.

many websites does not allow embedding because of security issues, so it is expected