The problem of internationalization 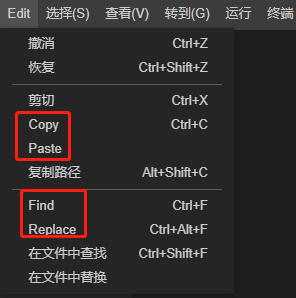 @Dennis you’re saying that some of Theia’s own text aren’t translated? Which version of Theia are you using? You might be running a version which supported only a partial translation of Theia, as the i18n features rolled out over several versions.

@msujew The version of Theia I’m currently using is V1.20.0,There will be some unknown problems when using other newer versions. I have asked several times, but no one has replied to me

I see, yeah we introduced full localization of Theia in 1.23. You could in theory use the new translation files and apply them yourself in your Theia extension to work around that problem.

I have asked several times, but no one has replied to me

Yeah, that’s unfortunate, but it’s probably because no one has any idea what’s wrong there. Without a reproducible example, non-descript failures such as the one you are experiencing are very hard for us to fix.