Hello, my team has developede a WebIDE based on Theia，if worked very well but recently we got some problems because of the version of Theia we use.
We are now using Theia v0.8.0, a very old version of Theia, and all the applications we previously built are based on this version. The package.json is as follows: 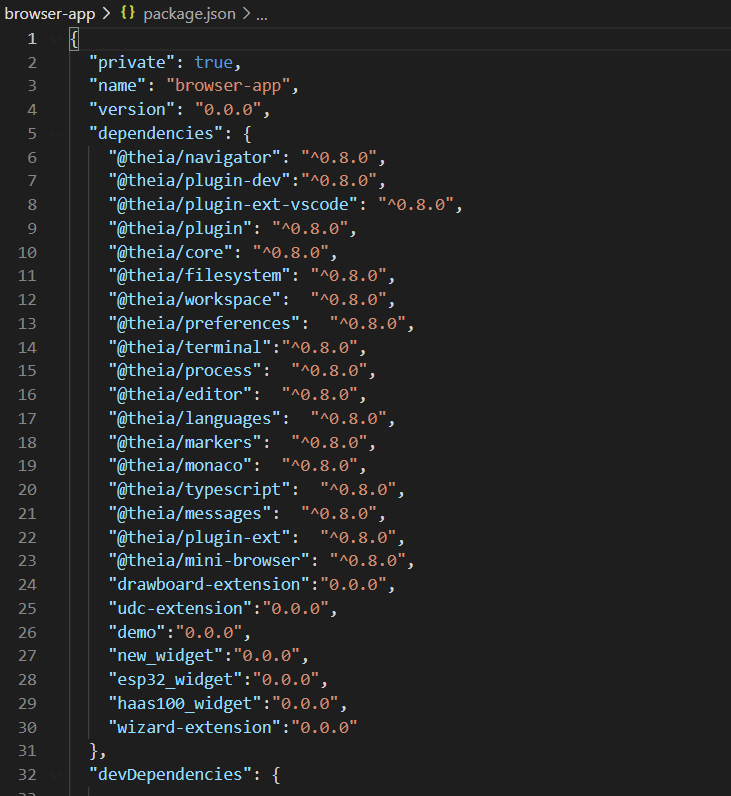 image731×796 41.5 KB
In order to use the new features of Theia, I try to modify the package.json, changed the version 0.8.0 to latest, but encountered a lot of problems, maybe it’s collision of the dependencies. We try to solve the problems one by one, but still got a lot. It seems like it’s the wrong way to upgrade the version, so I wonder if I should follow the documentation and create a new IDE again，then move the extension in v0.8.0 to the new IDE one by one.
vince-fugnitto 20 March 2021 15:40 #2

The following for instance are deprecated in your current app: @theia/languages. I cannot identify if there are any issues with the custom extensions you’ve included however.

Thanks, I will try.